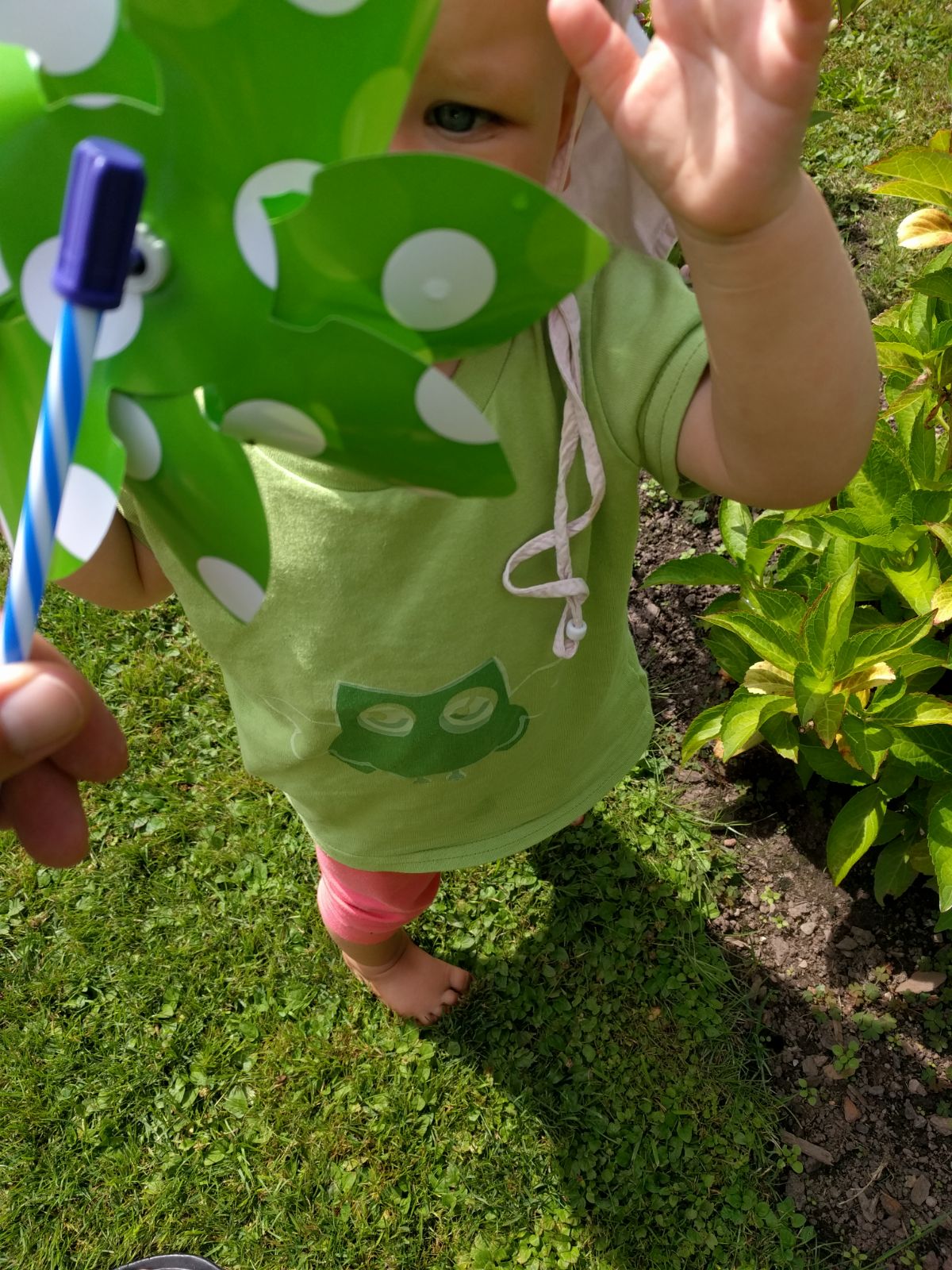 When I first started to explore the idea of creating magical storytelling T-shirts for children, I made some prototypes and sent them around to some friends, who could try them out and let me know the feedback about the user experience. Here is a story that I received now, a year later, when the child finally grew into the “right” size! 🙂

“Ela got her “magic” transforming t-shirt when she was born a year ago. She has recently grown up to it and we were so curious to try it on. It was a nice sunny day in the Czech Republic when we decided that’s the time to put it on and see what Ela has to say about it. She is now in the age when she learns to say or sing vocals of different animals. So when we put the t-shirt on she immediately looked at the owl and started singing “huu huuu” (the vocal for an owl in Czech 😉 It was really funny to see how she “interacts” with her little friend. I tried to explain her about the transformation of her little friend from a sleepy owl into an awake owl, I guess she doesn’t get it yet but I’m sure that by the end of summer she will understand the difference between it 😉 It became a sort of educational piece of art in Ela’s wardrobe besides her “A life in the farm” book ;)”

Filed Under: inspiration
Our Stories!